THE HISTORY OF GOLD 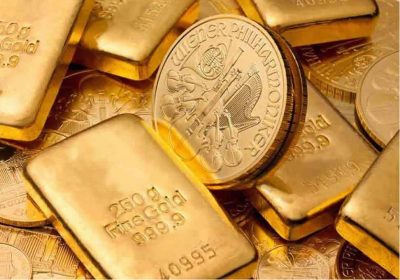 Gold has long held the utter fascination of humankind. So much so, in fact, that it quickly became the defacto currency in early civilization. The earliest known use of gold in currency was 643 B.C. in Lydia (present-day Turkey). Gold was part of a naturally occurring compound known as electrum, which the Lydians used to make coins. By 560 B.C., the Lydians had figured out how to separate the gold from the silver, and so created the first pure gold coin.

Soon after, the Persians, Greeks, and Romans produced gold, silver, and bronze coins, which significantly expanded commerce and economics.

Gold has been the standard of world currency since the time of the Greeks and has retained its value for thousands of years, as well as appreciated significantly against other assets in times of inflation or financial crisis. Even with today’s modern technology, gold remains a rare standard. Gold is so rare, in fact, that all of the gold ever mined could fit into a cube 21 meters per side – approximately the same size of a basketball court!

In the U.S., the federal government first authorized the issuance of gold coinage in 1792 with the passage of the Mint and Coinage Act. That being said, the first gold coins were not struck until three years later in 1795. At the time, the price of gold was set at $19.75 per ounce.

While the U.S. was formed on a strict gold standard, this also created an economic dependence. No better illustration of our nation’s reliance on the gold standard was with the sinking of the USS Central America during a hurricane. The ship was carrying a substantial amount of gold from California mines and its loss caused the bank “Panic of 1857”.

In 1861, the U.S. Treasury Secretary printed the first official paper currency despite the tremendous failures of numerous banks that issued such currency in the past. Later, these came to be known as Broken Bank Notes.

In 1913, the Federal Reserve was created to stabilize gold and currency values. It took more than a year to accumulate enough reserves to maintain the required gold standard.

The reality, however, is that the formation of the Federal Reserve caused the opposite effect. The largest period of the devaluation of the dollar had begun.

After the outbreak of World War I, Germany, whose currency was not backed by gold, suffered from hyperinflation. As a result, most nations quickly returned to a modified gold standard.

After World War I, European nations that were financing the War decoupled from a strict gold standard; the result for Germany were catastrophic. The hyperinflation in Germany decimated the middle class and ultimately aided the rise of Hitler. It was tough even for the winners, for the consumer price levels doubled in the U.S. and Great Britain, tripled in France, and quadrupled in Italy.

On January 30, 1934, Congress passed the Gold Reserve Act, which nationalized all gold. In other words, all gold held by banks and individuals had to be turned over to the U.S. Treasury immediately. If one considers the popular outcry in past when a nation nationalized any industrial assets (oil, copper mines, gold mines, etc.), it’s nearly inconceivable that President Roosevelt was able to pull this off.

The Gold Reserve Act also required the government to pay its debts in dollars, not gold. The President was authorized to devalue the gold dollar by 40%. He increased the price of gold, which had been $20.67 per ounce for 100 years, to $35 per ounce. The government’s gold reserves value increased from $4.033 billion to $7.348 billion. This move devalued the dollar by 60%.

END OF THE GOLD STANDARD

By 1970, the gold situation in the country had grown dire. The U.S. only held $14.5 billion in gold against foreign dollar holdings of $45.7 billion. As a result, on August 15, 1971, President Nixon changed the dollar/gold relationship to $38 per ounce.

Perhaps more importantly, however, is the fact that the Fed stopped redeeming dollars for gold. The U.S. government next repriced gold to $42 per ounce in 1973, and then quickly decoupled the value of the dollar from gold altogether. The result was gold shooting quickly up to $120 per ounce in the free market. The European Countries who had pegged their future to the dollar felt betrayed.

In 1971, more and more dollars were being printed in Washington and being pumped overseas to pay for government expenditure on the military and social programs.

In the first six months of 1971, in fact, assets for $22 billion left the U.S. In response, Nixon issued Executive Order 11615, under the Economic Stabilization Act of 1970, unilaterally imposing making the dollar nonconvertible to gold directly. Unusually, this decision was made without consulting members of the international monetary system, or even his own State Department, and was soon dubbed the “Nixon Shock”.