It is widely known that the term Money in the classic sense means gold or silver coins used as a circulating medium of exchange. In its strict technical sense “money” means coined gold or silver, produced by a sovereign mint that has been monetized to indicate its value. In its more popular sense, “money” means any coins, currency, tokens, bank-notes, or other paper instruments.

Silver has the six aspects of money in a classical sense. It is divisible, durable, convenient, consistent, has utility value, and cannot be created by fiat. Silver is used as a medium of exchange and as a store of value. In fact, silver has been used in more places and for longer periods of time than gold. To quote Milton Friedman, “The major monetary metal in history is silver, not gold.” When the United States Congress passed the Coinage Act of 1792 to establish our Nation’s currency it was ordered that “the proportional value of gold and silver as 15 units of pure silver to 1 unit of pure gold.” Many feel based on that traditional ratio established as law there is a much greater upside potential for silver even if gold remains relatively quiet. 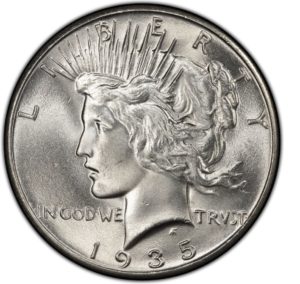 By 1933 the United States was taken off the gold standard and placed on the silver standard for the first time. The Treasury Department issued paper currency redeemable in silver known as Silver Certificates. Interestingly when someone redeemed a Silver Certificate for silver the silver certificate was shredded since the redeemed silver was no longer in the Treasury. Finally, in 1971 Nixon ended “convertibility” of the United States Dollar to gold or silver. From that point until today currency created by the United States Government has been backed by nothing of value and is considered a fiat currency.

In our opinion silver is money and gold is a store of value. You should add both to your portfolio for these reasons. Along with other assets like stocks, bonds, real estate and cash in the bank smart investors include gold and silver.

Another way to add silver to your portfolio is inside your IRA or former 401K. There is no reason to just have a stock broker or financial adviser decide what paper and only paper your retirement should include. You can have a “Self Directed IRA” and add silver as part of your portfolio. We specialize in helping our customers create gold and silver IRA’s and we can help you.